I left Kyoto on the bullet train for the Adachi Museum and Garden. By now I felt more at home on the trains. I doubled checked, while I waited on the platform and discovered in time, that I was waiting at the wrong platform.

The trains are beautiful and on time, clean and exciting. Look how pretty my rail pass is. 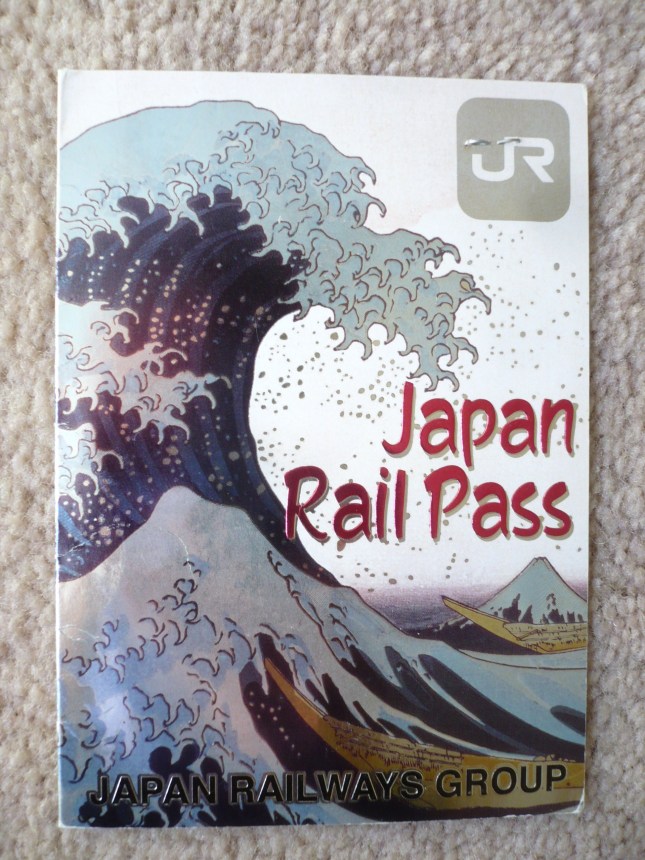 At Yasugi, I took a museum bus. The Adachi Museum is noted for it’s ceramics collection and it’s gardens are considered among the most beautiful in Japan. I can see why. When I arrived I stowed my backpack and camera in a locker. Surprise – they encourage you to take photos. Ah well, I bought a coffee table book instead. 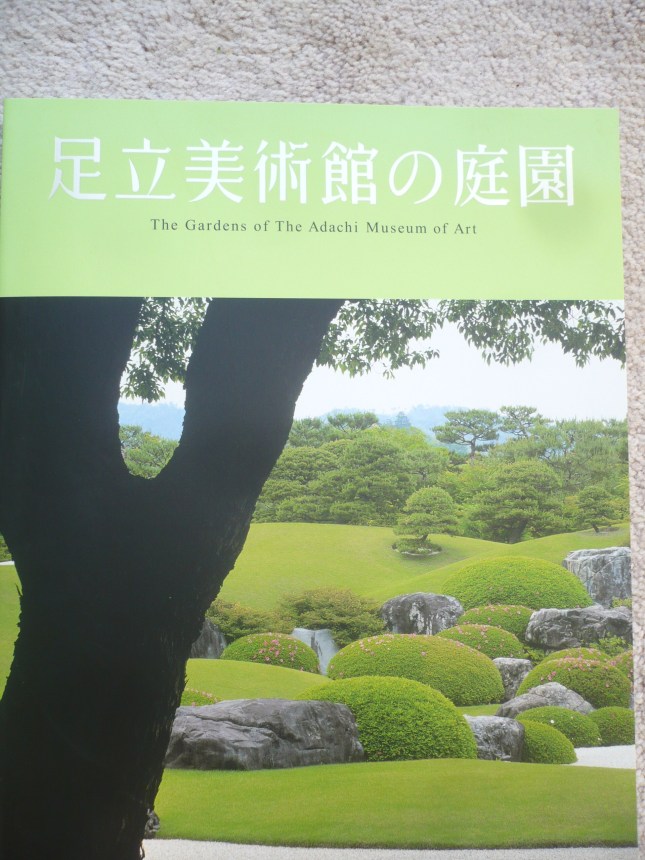 It is so lovely; there is a blog post about the secret of it’s success at http://www.japanlivingarts.com/?p=4224.

I marvel at how humans and nature combine to demonstrate their best.

The museum has a restaurant. I wasn’t hungry after eating a bento box on the train. They also have a tea house looking out on a garden. I had matcha there and lingered in bliss. The presentation was peaceful, simple and very moving. My tea sweet was served with a small twig. It seemed to be pine and was carved to a point. The handle still had bark on it. It put me in one of those moments of ecstasy. The Japanese aesthetic does that to me regularly.

Being an American, I wondered if this terribly tasteful toothpick was disposable. I could not bear it, if it was to be thrown away. I brought it with me as I left, and asked the hostess, IF they were going to throw it away, could I have it?

She didn’t speak English. Her eyes widened as she understood my request and a tiny gasp escaped her lips. Flooded with embarrassment, I placed the treasure down and escaped to the Museum area where no one knew my barbaric assumptions.